If you’re old enough, and into American odd news, you’ll remember Jerry Falwell saying he thought the purple Teletubbie was gay. His son carried on in the family tradition of spreading religious themed bigotry and hatred of queer people.

There’s no problem if the Falwells’ amplified, vocal hypocrisy didn’t hurt other people while they had their fun. Or were they blackmailed?

It’s hard to deny that the Sask Party could be a cult.

I'm trying to think of a scenario where your Conservative supporters would not vote for your candidates.
You could probably kill someone, go bankrupt, and increase air pollution and they'd still vote for you.
Oh, wait, they will because you already did.#skpoli

Dear Brad Trost, why would you have an ad defending "traditional marriage" using two penises together? #AttackAdFail pic.twitter.com/nlvhJc7kdR

I only see one penis in the image, and two fingers. Where’s the second?

At least the Edmonton-area also has to catch up to Moose Jaw, and Saskatoon & area (who elects Trost).

The Trans Pacific Partnership is a trade agreement intended to remove red tape for international trade, so if someone overseas can provide a product at a better price than a local producer, the market decides instead of national or regional pride, or even Health Canada regulations. Congrats, your milk could soon have banned hormones in it.

.@PremierBradWall Is opposing free trade American beef hypocritical given your support of the #TPP? #FreeTradeSham

Negotiations on the #TPP are complete, and the full text is now available online. Find out more: https://t.co/A6WiTdMOXp #LeadOnTrade

So @earlsrestaurant didn't even consult with Canadian cattle producers before opting for US beef… https://t.co/rmtF3TE9IC

We need to encourage ppl like Emmy Barr "Queen of Caramel" &other homebased food biz, not discourage w/excess regs. pic.twitter.com/YpTpF6QArD

.@PremierBradWall says he hopes PMJT focuses on trade when he meets with @POTUS, specifically TPP. #cdnpoli

@PremierBradWall on the TPP. Thanks again, Mr. Premier! We appreciate your support. http://t.co/gwbPA1O9J8 #saskbeef #cdnag

END_OF_DOCUMENT_TOKEN_TO_BE_REPLACED

Let’s examine the Conservative’s campaign thus far:
It began with them showing ads where men are being drowned, as an example of how they’ll protect us, but no one else will.
In the middle it had one of their candidates quit for being caught pissing into a coffee mug in a stranger’s kitchen (before dumping it and replacing the mug into the sink).
The PM suggested women with religious headwear may not be allowed to work in the public service, reminding me of the RCMP turban furor of decades ago.

Not surprisingly, the musician is being investigated by the paranoid and vindictive Harper Government.

The Streisand Effect is working though, and www.HarperMan.ca is a hit today.

When I tweeted #Harperman last June & you RTed it @saskboy, I did wonder if #cpc thugs would come after Tony. They sure did. @althiaraj

Here’s what it can feel like to practice religion when you don’t believe in the common fantasy [AKA faith].

I knew from a young age that I didn’t see religion as a literal interpretation of moral code sent from God, but rather a human construct of what we (those writing holy books) wanted or imagined it to be. Being commanded to participate for years after in routine rituals is boring and felt like a giant waste of time/effort. The only consolation was that it was still time spent with family, and friends in the community sharing snacks and meals, (and a common fantasy, like the Riders having a chance at the playoffs) together.

It’s frankly disturbing to think about how writing the paragraph above would get me killed and disgrace my family, if it was any earlier point in history. Hopefully, we don’t return to those dark days.

I’m not an atheist so much as an agnostic. I accept there may be super beings invisible and unknowable to human perception, but also it’s better to suggest that you’re open to belief in the unknowable. That’s in part to calm the fears of those who recoil at the thought of atheism, and partly because I think it’s wise to realize that what never seems possible, happens all too frequently.

It’s articles like this one that make you wonder if the Canadian media is telling you everything you need to know. (Seriously though, that’s plainly obvious.) 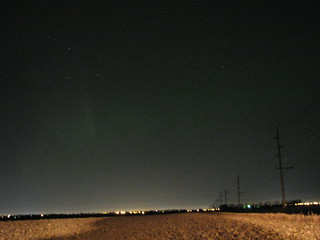 If Stephen Harper is serious about criminalising ‘barbaric cultural practices’, then he should arrest himself for even suggesting it

And while he’s at it, he can lock up all the other Western leaders who have savaged the Muslim world too.

Harper […] is about to push a truly eccentric piece of legislation through parliament in Ottawa. It’s called – and I urge readers to repeat the words lest they think it’s already April Fool’s Day – the “Zero Tolerance for Barbaric Cultural Practices Act”. Yup, when I first read the phrase “Barbaric Cultural Practices Act”, I felt sure it was a joke, a line from the “Big Bang Theory”…

“these “practices” are already forbidden by Canadian law”

“…this unique legislation, [comes] from the Canadian minister of – you guessed it – Citizenship and Immigration. Now isn’t that odd?
[…]
Because in truth, the new Canadian legislation is about foreigners or – more to the point – Muslims.”

The man [Rashed] does not work for CSIS, Canada’s spy outfit, according to Ottawa government “sources”. But officially, CSIS, the Royal Canadian Mounted Police – the guys who always “get their man” – and Harper’s office have all refused to comment. The Ottawa Citizen has been highlighting another new bit of Harper legislation, Bill C-44 this time, which would allow Canadian judges to authorise CSIS activities abroad “to investigate a threat to the security” of Canada, “without regard to any other law, including that of any foreign state…”

Plenty to think about there.

And here’s more to think about, from Hedges, on what Bill C-51 and the new security state we live in means.

Here’s a song for radicalized Canadians to sing.

11. Government handing over the most vulnerable to religious groups has worked out well in Canadian history: look at the residential schools

1. Canada is now a country that will offer sex workers the "option" of being sent to religious reeducation camps: https://t.co/sxaDIW1bC5

I’ll give old clothes to Salvation Army, and shop in their thrift shops, but I wouldn’t attend a re-education camp of theirs.

@HeerJeet Also, how will people of First Nations descent caught up in this react to being offered 'ride out of town' by Winnipeg police?

3. The Salvation Army has a history of homophobia so what sort of "educational" and "therapeutic" treatment will sex workers receive.

Conservatives: Solve community problems by shipping the problems out of the community!

@HeerJeet how is being shipped to a camp in rural Manitoba "community based"?