@tbeaudrymellor maybe you've no say in your party's communications, but are you embarased enough to ask them to stop mocking a zero-emission and healthy way to commute in cities? Failing to promote health is bad enough.https://t.co/mqhsbeZfcn#skpoli

I had no respect for the SaskPotty before this, and it sure as hell isn’t getting any now. They’re toxic and are actively opposing zero emission vehicles now.

I was glad this was mostly a tail wind, because below -15 it’s too cold to deal with a head wind all this way. I needed to angle the bike a bit more into the wind, so it wasn’t vulnerable to tipping while I was off it. 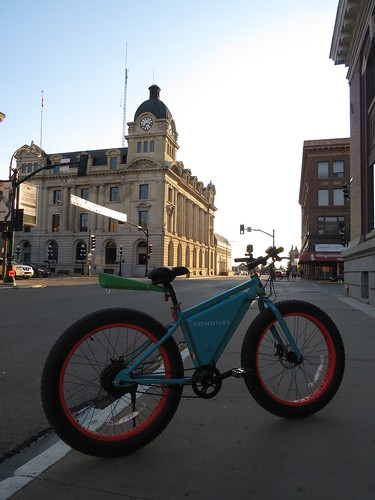 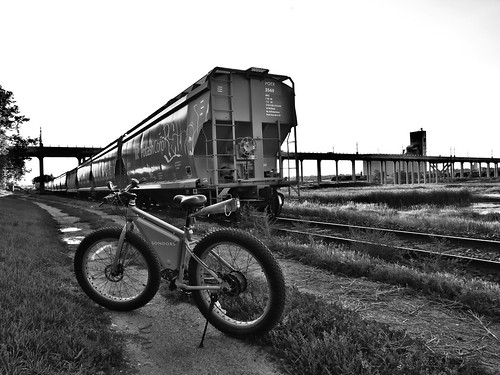 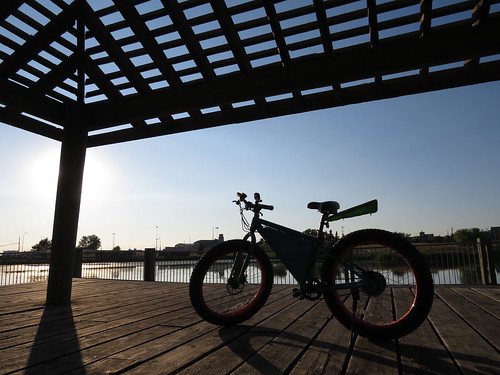 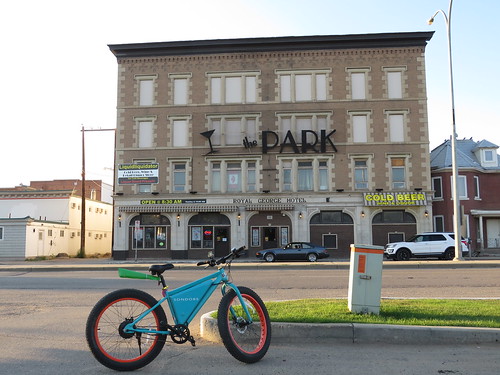 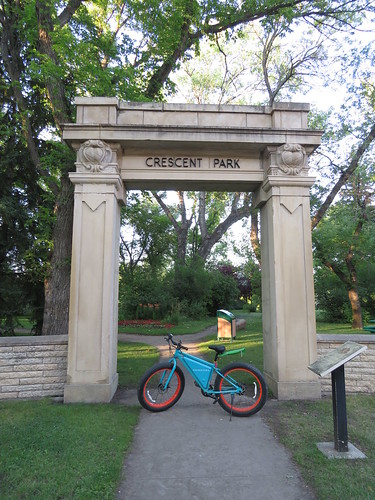 Goodbye Rob Ford. You left a mark on Canada’s reputation, and now you’re free to go swim with the sharks in the sky.

Here’s my favourite Ford video, which sums up his career and life:

More important than the death of a former Toronto Mayor, is the ongoing destruction of our climate. But since the annihilation of civilization will happen in several months or decades, the “news” will focus on a terrible bombing that harmed people in the continent of Europe, and the expected passing of a reviled politician, man, and recent cancer sufferer.

Wait until God tells Rob Ford that the only way to get around Heaven is via bike share.

This is awesome. The 3 competing projects are all so great, it’s honestly hard to choose. I was just talking about being able to invest in solar power though, so I may go with the SES option. $1000 gets a future co-op membership too!

Coming soon, in six to ten months, in Spanish first. A bike made with a frame that comes apart and becomes the lock for the bike. If the lock is broken, the bike probably won’t work, or will be less desirable for a thief.

Here’s some news hot out of Alberta. Only one of them is satirical.

The other satirical bit is that Saskatchewan’s Sask Party recently announced they’d be saving taxpayers millions of dollars by starting a P3 Bike Share like Stettler had. No wait, they said they were going to build P3 schools, after the Alberta model, to build schools faster.

I couldn’t keep a straight face over this one. The T-Rex Burger is offensive, but the Baconator isn’t?

“She said the fast-food restaurant “strives to deliver a positive dining experience for our customers. Our goal is to provide options to our customers so they can make options that meet their needs.”

Meanwhile, what could go wrong with having passengers’ phones designed to communicate via radio signals to a bag with radio communication emanating from it. That won’t freak airlines right out. (Kaboom) They shouldn’t be losing bags in the first place, since there’s a policy that bags do not go onto planes if the passenger hasn’t joined the flight their bag is on.

I for one welcome our Flying Cyclist Overlords, and look forward to serving in their bicycle mines.

If you’re suffering from low blood pressure, I have the treatment:
WSJ hack interviews an editorial board nutcase Dorothy who says among other things:
“Look, I represent the majority of citizens.”

She’s “appalled” that bike sharing has happened in NYC.

“Best neighbourhoods are begrimed by these blazing blue CitiBank bikes.”

“It is shocking to walk around the city, to see how much of this they have sneaked under the radar, in the interest of the environment.”

“The most important danger in the city is not the yellow cabs, it is the bicyclists…”, opined Dorothy.
Nicole Gelinas wrote that for 4 years, said the WSJ hack, “no pedestrians have died underneath a bike in New York, but 597 have been hit [sic; “killed” said Gelinas] by cars and trucks.”

“The bike lobby is an all powerful enterprise,” without a hint of satire.

“New York is not London, or Paris,” says the interviewer hack. “Or Amsterdam!” pipes up Dorothy. Well actually… 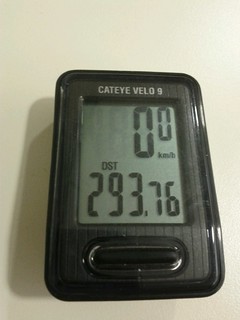 I hope I don’t ever get as crazy as poor Dorothy when I turn a million years old and become an orange dinosaur too.

Bikes, along with closing Times Square to cars, have “ungridlocked” New York. Dorothy sees bikes everywhere as the sign of a “totalitarian” regime. It’s unfortunate that she’s an editor of one of America’s largest newspapers, but helps explain why America has to struggle to pull itself out of the 20th century.

@seanshaw Additional hilarity, is the Lexus commercial they make you watch before they let you hear crazy people lie about bikes & politics.

What’s it like for a Regina cyclist to go see a movie?

Besides homicidal/comical drivers (from Alberta),

there are flooded Multi Use Pathways,

and underpasses that are creeks.

Persist past those hazards, and there are gravelly “Shared” bike lanes with parked cars ready to give you the “door-prize”.

Can you see drivers being as patient and persistent as Regina’s cyclists? Despite the flooded dead-ends without detour signs, I made the 11km bike ride from the south west, to the north east in under an hour, so I could catch the latest “Star Trek Into Darkness” [10/10]. I’d highly recommend trying it. The film was great fun too. *rim shot*