Dear Brad Trost, why would you have an ad defending "traditional marriage" using two penises together? #AttackAdFail pic.twitter.com/nlvhJc7kdR

I only see one penis in the image, and two fingers. Where’s the second?

At least the Edmonton-area also has to catch up to Moose Jaw, and Saskatoon & area (who elects Trost).

Reuters has brought a new phrase to the surface in an effort to describe someone religiously and politically motivated to attempt to murder peaceful political demonstrators.

I wonder what a search of @Reuters for "Religious assailant" turns up in other similar terrorist attacks?

A Swift Current person censored a dancer criticizing the Saskatchewan Government. The Premier’s home is Swift Current.
A recording is available and is not really work safe.

She's being completely condescending. "You can look up anything on the internet" Then refers him to site on abstinence education!

"You'll find a good girl. If you find one that says 'no,' that's the one you want." HE ACTUALLY JUST SAID THAT.

This hilariously depressing account of an American sex-ed classroom is a sight to behold.

11. Government handing over the most vulnerable to religious groups has worked out well in Canadian history: look at the residential schools

1. Canada is now a country that will offer sex workers the "option" of being sent to religious reeducation camps: https://t.co/sxaDIW1bC5

I’ll give old clothes to Salvation Army, and shop in their thrift shops, but I wouldn’t attend a re-education camp of theirs.

@HeerJeet Also, how will people of First Nations descent caught up in this react to being offered 'ride out of town' by Winnipeg police?

3. The Salvation Army has a history of homophobia so what sort of "educational" and "therapeutic" treatment will sex workers receive.

Conservatives: Solve community problems by shipping the problems out of the community!

@HeerJeet how is being shipped to a camp in rural Manitoba "community based"?

I think #JianGhomeshi learned the one way to trend at the top of Twitter that's as bad, or worse, than dying.

“Someone also began colluding with a freelance writer who was known not to be a fan of mine and, together, they set out to try to find corroborators to build a case to defame me. She found some sympathetic ears by painting herself as a victim and turned this into a campaign. The writer boldly started contacting my friends, acquaintances and even work colleagues – all of whom came to me to tell me this was happening”

What I have learned about @jianghomeshi after months of investigation will be reported responsibly as soon as possible. Patience please.

END_OF_DOCUMENT_TOKEN_TO_BE_REPLACED

I'm not sure I can bear hearing that the Scottish invented both #curling AND #sex. http://t.co/n7AdaO9EcI #Scotland

Microbrachius dicki was the fish that realized it could use sex to reproduce. Feeling unsatisfied, fish eventually returned to spawning instead.

Hey! Just wondering why you have the archaic & sexist rule that your waitresses have to wear a minimum 1″ heel while they’re on their feet all night? The men don’t have the same rule. That’s terrible, and I actually won’t be back because of it. Please pass that on to head office, thanks.

Brown’s wrote: “the policy that our girls need to be in a 1″ heel is a brand standard…”

I won’t be opting to return to Browns because of this. I’m also going to be telling my friends to avoid Browns, and will be posting this response to my blog. If you decide to modernize your policy and lose the sexist attitude toward your employees’ clothing, please let me know so I can update everyone.

If you operated in a location where women weren’t allowed to work, or perhaps people of a particular race, would your “brand standard” adapt to that? In Saskatchewan, we try not to institutionalize sexism. At least I’d rather not support it.

(A pair of commenters note that Earls and Moxxies adhere to the same archaic code, so good to avoid them too.)

I’m sure the Saskatoon Police do a lot of good work. They’ve really cleaned up their image since the 1990s, and it’s been decades since they’ve reportedly given anyone a [deadly] Starlight Tour. Unfortunately, a new frontier of ignorant neglect has popped up. Saskatoon Police are not taking the solicitation of lone women in cabs very seriously.

“Take the cab with another person, with a friend,” said [Saskatoon police spokeswoman Alyson] Edwards.

Absurd! Victim blaming much? Also, have you ever managed to share a cab with a friend so you both end up at home while neither is alone in the cab?

Edwards didn’t even state, or the story didn’t mention, that a cabbie kidnapping a passenger for sex, then stranding them shoeless, is a serious crime. 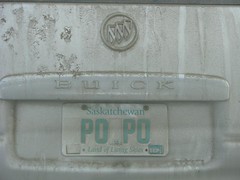 “In the past we have looked at removing those licences if we have had problems,” she said.”

Danger Cat writes: pardon my language, but that is some fucking bullshit. Where are we living that a woman needs to travel with another person to prevent her from being sexually harassed in a cab? Yeah – that’s criminal activity. It’s called SOLICITING. It’s called HARASSMENT.

Saskatoon Police, you work for the women of Saskatoon, not a taxi company or its gross sexual violators. Having your spokesperson blame women for creating a dangerous situation, and saying it’s not clear if crime has taken place given the serious, specific, and repeated accusations, is irresponsible. It sends the wrong message to women, and the wrong message to taxi companies and their unsafe drivers.

delee83 writes:
This is a poor headline choice that incorrectly places blame on the victim. It should read “Taxi drivers accused of sexual harassment.” Despicable, completely unjustifiable behaviour.