Canada’s bonehead Prime Minister, in an effort to look more like Boris Johnson, has turned up in an old photo sporting a culturally inappropriate turban costume while wearing what is now, finally widely recognized as racist, blackface makeup.

Fewer years ago than when the Prime Minister dressed in blackface as a young adult and teen among sheltered & ignorant friends, the #CPCracists' leader was a young MP railing against the rights of homosexuals, while addressing the country in the House of Commons.#elxn43

This latest photo is not to be confused with the one manufactured by the Conservative Party to characterize the PM as a brown person shutting down oil production in Alberta.

Oh, but that doesn't count – According to the Conservatives. 🙄#CPCHypocrisy #cdnpoli https://t.co/CvjsYNa1oN

The Right Honourable guy has a tattoo of First Nations imagery on his shoulder, I’m pretty sure he must have a whole closest stuffed full of inappropriate cultural appropriation. If Canadians come to their senses before polling day, they can elect a PM who wears a turban appropriately, or one who stands shoulder to shoulder with First Nations people as they’re arrested for defending unceded territory from invading oil companies.

I don’t much care for his strategy most of the time, but the Greens can’t keep doing the same thing when the other parties are playing to run out the clock. We’ve less than eleven years left to maybe, hopefully have enough time to get emissions to a point where we’ll survive the first half of this century. If a punk rocking blogger with a mean streak is able to help the Greens break-through, then good enough.

I think "war room" is Fife spin on what the Greens must surely call the Peace Room.

2 weeks ago Elizabeth May was in Regina at the University and gave the following speech. In it she covered everything from our failed public transportation systems, to SNC-Lavalin’s punishment when they are convicted of corruption for their bribes regarding construction in Libya.

It’s been another amazing day, and the Sun isn’t even down yet.
Attended a lunch-and-learn this morning with @ElizabethMay at the new CAC #UofR building.

Earth is sick with multiple and worsening environmental ills killing millions of people yearly, a new UN report says.
The report's authors say something can still be done. "There is still time but the window is closing fast." https://t.co/PnlbcTajpR

Then we got a tour of Cowessess’s Renewable Energy facility a few kilometers past their gas station east of Regina on Arcola Ave.

Now May has left for Fort Qu’Appelle for a forum on climate change. It’s in Scheer’s home riding, but he declined to attend! (The coward…)
The official video of the event had sound issues. Here are some clips:

It was the warmest it’s been in Regina in months today, and Elizabeth May came to town on what’s left of our bus system in Saskatchewan. I had the pleasure of driving her and her fiance, and her staff around Regina on Tuesday. I’ll share some videos later.

The bus stop in #YQR is a shadow of its big brother bus station (now cop shop) on Osler St.
There's even a long broken @SaskTel payphone in front of it.@CityofRegina hasn't even made it a bus stop without a meter in front.@MarcGarneau and @PremierScottMoe should do better. pic.twitter.com/AYoODXFghe

An important bit of historical timeline, as delivered by the very credible and courageous Elizabeth May.

In the 2015 election campaign, Justin Trudeau pledged that no project could be approved based on such an inadequate process. Trudeau promised evidence-based decisions, respect for indigenous rights, the end to fossil fuel subsidies and an aggressive climate plan. 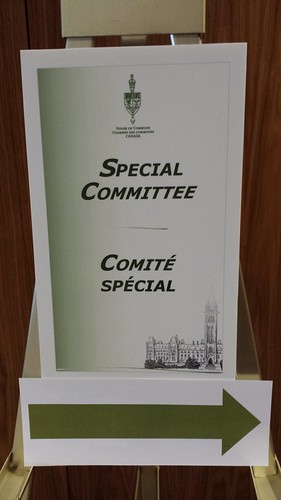 First Expert guests I watched presenting to the committee were unable to understand French question fired at them because they were not equipped with translation headphones. Nathan Cullen leaped up and got the headsets for them. 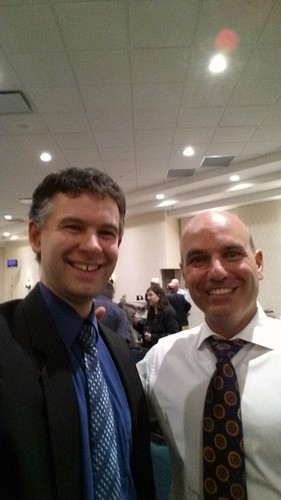 CLC points out they are a political org and that is why they are interested in this subject of electoral reform.

Now May is questioning Prof. Jim Harding. Interesting there are few environmentalists who’ve presented to this committee thus far, she notes. Is there a connection between FPTP and lackluster environmental protections.

Justice is at the centre of principles for this committee, he says. Beauty is also central to all societies, including environmental beauty. We have local representatives, but they presently have to bow to some special interests over the collective wishes of their constituents.

Ruby S. with a question to CLC now. Union polls, etc. Not keeping my interest.

Also I’m thinking about what I will say. I don’t want FPTP, and want the PM to keep his promise that last election was the last time.

I’m the youngest person in the gallery of observers, only a woman behind me is the same generation. About 35 here to watch or speak. Maybe some will come tonight to speak? I doubt it. I feel compelled to mention it and ask that whatever system change is made the committee also change voting age down to 15 or 16 to create interest in our politics among young people.

If they don’t grow up voting they are less likely to care. They grow up disenfranchised teenagers able to drive and participate in society in most ways except choosing our lawmakers.

I told story of time I voted at University versus at parent’s riding, thus triggering a tie vote in that other riding.

Dave Orban speaking on behalf of non human organisms. Humans could be voted off the planet. MMP favoured by his constituents.

First woman at open mic. is a PR supporter. Doesn’t like strategic voting. Global warming is most urgent issue of our time. Earth cannot last another Harper style government.

“We’ve become a backwater.” In how we don’t have PR, what stable countries tend to use.

Next woman said other presentations were great and committee is on an adventure meeting Canadians.

Next man wants a referendum and “didn’t vote for this government”. Wants them to take their time.

Voted for 20 years and never been represented by her choice. She is a parent of teenagers “I’m used to not being listened to.” “FPTP is undermining Rule of Law”.
People may feel they shouldn’t follow the law if they don’t have a say in how laws are made. People will stand in front of bulldozers to stop pipelines and not pay taxes and that’s a problem.
-Really good presentation by Patricia Farnese

Jane had a good presentation too.

Next guy wants a referendum. Doesn’t trust Liberals to get it right. Concerned extreme parties could elect MPs.

May thanks crowd after. 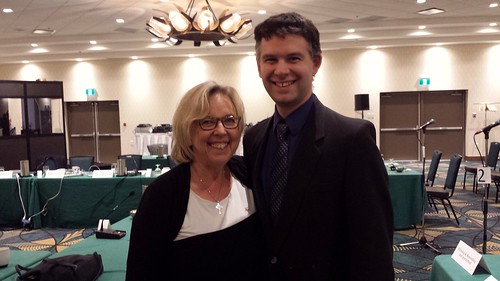