I’ve been getting rid of some accumulated paper. I found a receipt for a full year of university tuition in 1978-79: $740. I also found a paystub for my minimum wage job in the summer of 1979. At $3 an hour it took under 7 weeks to earn my tuition. @GailVazOxlade

Football fans might like this keepsake as much as I do. It's a 1966 Grey Cup ticket my Dad used, and he got it signed by Ron Lancaster and other players.@CFL @sskroughriders pic.twitter.com/jjuGQfvEnP

Yes, it’s a made-up word, just like the words in this video.

This video is AMAZINGABLE!https://t.co/GI5iGPPkpG#BLR #NFL

This is pretty catchy:

It would have been more of a tribute if the puck was dropped by a disabled vet. https://t.co/mQIN0NKFf1 #cdnpoli pic.twitter.com/um7HxKoinb

“What would Stompin’ Tom say to this?”
Possibly:

I was fortunate to have seen Stompin’ Tom in 2002. 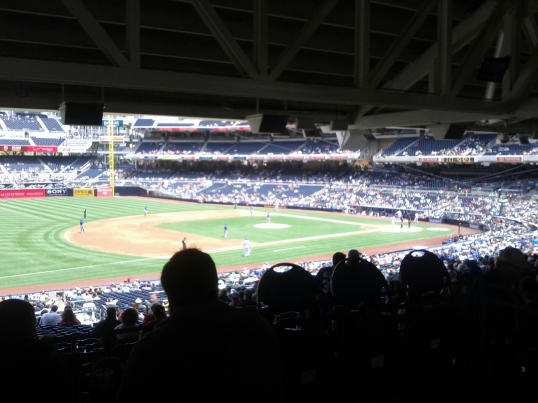 Robert and I appeared on the big screen in the outfield briefly. Two clothed streakers were on the field. 8-0 for the Royals. Got our tickets on sale for $25 together.

We've contacted the fed gov't & Ukrn-Cdn groups to determine best way to support freedom & democracy in Ukraine. We will act on that advice.

Premier Wall, having gorged himself with other Canadian politicians on weeks of Russian Olympics propaganda, now considers Russian intoxicants to be the enemy.

Baby Duck, and Cover up.

UPDATE: I called it!

“@tdricky: . @CBCSask but without Russian Vodka how do we cope with being citizens in a Conservative run Province?” Switch to rye

@MMandryk @PremierBradWall What happens if the US rejects Keystone?Will we have to give up American Netflix?

Bonus points for someone who manages to compliment the Prime Minister for the nice scandals he’s wearing.

He’s downtown for the Grey Cup Party, obviously. After the Grey Cup fanfare wears off, it’s going to be a long week for him in Ottawa, as he adjusts to documents last week from the RCMP that show he’s lied in Parliament about the Duffy expense scandal.

Justin Bieber at the Grey Cup wasn’t the only ‘interesting’ pop music story of yesterday.

I’m not a Bieber expert (Belieber), but I did watch his biopic a few months ago, and he’s certainly got some real musical talent. How he is as a human being will probably degrade with his over-worldly fame, but he has a long way to drop before he reaches the level of Chris Brown. Brown got into an argument on Twitter yesterday with wise-cracking Jenny Johnson. Jenny was calling the woman-beating Brown names, and he called her names back (spelled badly) and told her to do graphic things with his male body parts before saying he was going to defecate on her “retina” (the part inside her eyes, so one must think he meant cornea unless he was trying to be impossibly ridiculous).

He then seemed to have quit Twitter (or his agent quit it for him, like Senator Brazeau), because last night during the game while I was trying to click his username, Twitter said the user didn’t exist. If only Rhianna could be so lucky (it was Brown who beat her face to a pulp the other year).

Of course Brown’s rabid fans are no model of civility either, with several of them sending death threats to Johnson. Here’s a sampling of some of the boors that are less violent, but still have questionable idols:

@JennyJohnsonHi5 now u victim huh?! U ain't worth of God's gift called LIFE!!!! It makes me sick to my stomach on thought of waking up as u!

But God says we are all prone to making mistakes!!! We should forgive the ones who r trully sorry for making em! U forgot that shit obv..

I’ll take these ignorant kids over those “adults” listed above, any day:

Working on campus: allowed. Work a shitty job at Walmart for two weeks, and declare the income: deportation. It’s the reality that international students face in Canada.

Those students placing their hopes in the hands of Jason Kenney, are going to need that church for a while.

Here’s a timely Sixth Estate summary of what sort of person Kenney has been while in government (and prior to it). Kenney is into mass-deportations, but maybe he’ll help two women in Regina to make it seem as if he has a heart.

[A] man who spent his formative years crusading as an anti-abortion activist at a religious school in California and who has, in just the recent past, ordered political critics barred from entering the country, staged bogus citizenship ceremonies for the benefit of the news media, and argued that he doesn’t have to allow Canadian citizens — genuine ones, mind — back into the country because as a Cabinet minister he is above the law. This is the man you’re trusting when he says that he’s satisfied that 3100 Canadians acquired their citizenship fraudulently.

What rot. I’ll bet Kenney can’t even name, off the top of his head, all the people who are about to be subject to his revocation orders. Go ahead, Jason. Try. Here’s a hint: if you can’t do it, there are too many. We’re talking about people’s lives here. There is no acceptable margin of error.

Second, and mainly because the immigration law was never intended to be used for purposes of mass deportations, Kenney will not even be following the normal due process that the government has to follow when someone is accused of committing a crime. They don’t have to find the person in question. They don’t have to bring them to court. They don’t have to present any evidence of fraud in front of a judge.

While we’re on the topic of hate-fueled dirtbags like Kenney, check out the violent bigmouths on Facebook threatening to punch and soak protesters with urine or beer, while calling some of them “fags”. Some commenters on the ‘stadium at any cost’ side are pretty amusing (unintentionally):

Russ Germain:
Remember the Riders are community owned. They dont have an owner that can hand over all that money.

*ding ding ding* We have a winner!

Here are some of the violent ones:

Brad Matlock:
I know I will be throwing beer at these retards have fun tryin to stop A raging mob of rider fans.
You [occupiers] will be the disturbers in this situation and the menaces… Your anarchists and terrorists and breaking the law

Devo Victor:
You dumb fucks really think your gonna accomplish anything besides probs get punched out ? This city finally changing for the good accept it or move 2 fuckn moosejaw you fuckn hippies. Mite actually go to the game just to take a shot at one of you goofs !

Corey Selinger:
Couldn’t have said it much better Devo! Stupid people may get punched

Meanwhile, Nathan S. who says he’s neutral about the stadium construction offered Russ and other commenters to show the numbers that demonstrate how a new stadium makes a positive economic impact that the current stadium cannot. Russ’s answer was above – he unintentionally said it’s up to the taxpayers, and they don’t have all the money required to get the project done, and that the same fans would come regardless if it’s Taylor Field or Lancaster Park (new stadium). Plus, $10M profit Grey Cups every few years will really pay off the ~$300M loans fast enough. Do you think a bank would give you a $300K mortgage if you promised to maybe pay them $10K every 8 years, and $3K every other year?

[Russ] you just like to sit on facebook and call people stupid, and cheer on other people when they threaten people for no reason. You are a bully.

There IS a word for societies where people try to bully their neighbours into praising the government, so that they can go back to “making money.” It’s called fascism.

Maybe, hopefully, some respectful Rider fans will ask Russ to be silent too. If the right one who Russ respects, interjects, maybe he’ll relent & stop making a fool of himself. I promise most Rider fans are not fascist goons who troll Facebook.

What kind of council does the city of Regina have. You best believe that I won’t be going to that stadium. I think everyone should just boycott the new stadium indefinitely. It won’t be able to last if nobody goes…

That’s not the best strategy Mitch. If the Riders don’t sell out, taxpayers are on the hook for the shortfall. Cheer harder for the Riders, because if they suck and no one goes, Regina taxpayers will hurt most of all. This is what they meant by “bleed green”. You either have Roughriders football in your veins, or your wallet will have to bleed some more green to pay for their facility.

Check out my presentation here, or on Access 7 replay later on. CTV, Global, and LP mentioned me, but the CBC reporter they sent wasn’t interested in a quote even though she sought one from Conrad who is running against me in the upcoming election. She probably liked his cool glasses more than my naked face, even though my quote would have been blogtastic.

My thoughts are scrolling by on Twitter, so grab them while you can.

.@MetroCarrieMay let's ask Browne about laneway housing if there is "no land left to build" #ItsSaskEh #housingcrisis

John Klein is getting the laughs. "If the mayor was here…" #YQRcc

@JohnKleinRegina sees the stadium as a "hail mary pass" wonders where the plan for infrastructure and city's pension issue is. #yqrcc

The media is buzzing, as were the 150+ in the Gallery at City Council last night. And my last name was spelled right 1/2 times in the newspaper article too!