The eclipse today was visible from Regina, but not the totality available to Americans in many states. 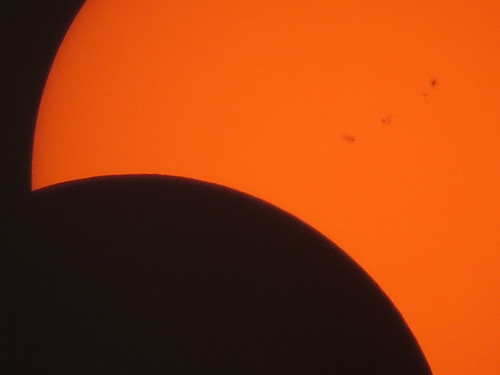 My new Canon SX540 HS did a good job with a pair of solar eclipse filter glasses taped over the lens. The sunspot chain was very sharp and visible at 200X digital zoom, 80ISO.

I made a projector that worked well: 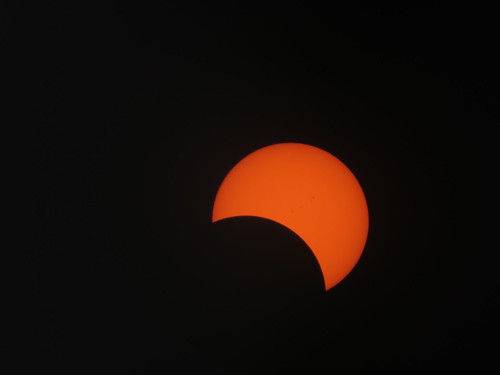 The partial clouds ruined the partial eclipse viewing, but I caught a few fleeting seconds here and there with a small crowd of astronomers from the RASC at the Science Centre. 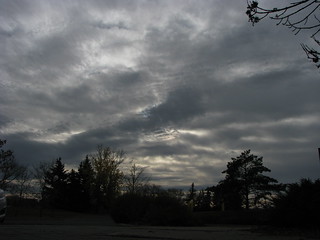 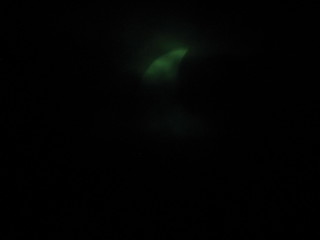 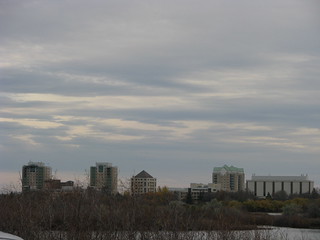 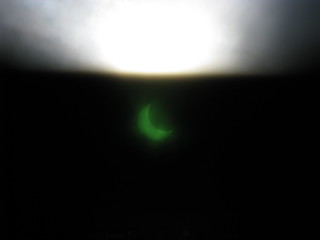 A kind astronomer gave me a pair of these glasses: 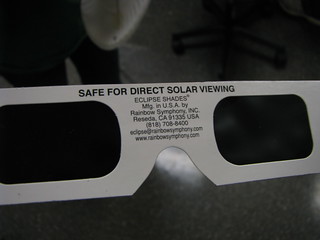 I’ve been trying to take daily photos of the huge sunspot too, but clouds have been in the way the last two days when I’ve tried. 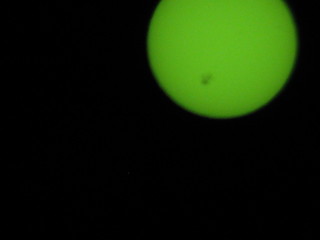 A 2010 study by the CCPA shows “nuclear power has the potential to triple current electricity rates for Saskatchewan consumers.” If we’re going to pay more than we do for Estevan’s coal and Manitoba’s hydro, I want us to invest in solar power.

The massive Ivanpah solar power facility that opened this year for California consumers should be considered as an option for sunny and vast Saskatchewan. Smaller solar plants such as this type could be constructed with mostly Saskatchewan and Canadian materials, knowledge, and labour. Built at the 3 year pace set by California, we could jump to having solar power overtake some fossil fuels as our electricity provider, before 2020.

Given that there are about 410,000 households in Saskatchewan, we’d need about 3 Ivanpah style solar power plants to provide electricity to every home in the province. We can do it, and we should.

I hope our electrical grids are prepared, as there is a risk of overloading from an event like this. 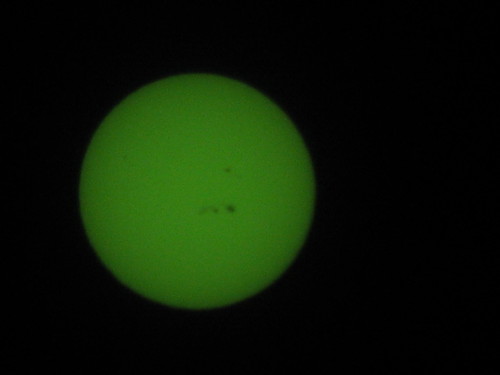 -The Sun Wednesday afternoon, from Regina. Canon S5IS on tripod with welding filter held in place to sufficiently darken the Sun for the camera’s sensor. 48X digital magnification.

This ongoing radiation storm ranks S2 on NOAA storm scales. It is rich in “hard” protons with more than 100 MeV of energy, which accounts for the snowiness of the SOHO coronagraph images. According to NOAA, “passengers and crew in high-flying aircraft at high latitudes may be exposed to elevated radiation risk” during such a storm.

The source of all this activity is AR1944, one of the biggest sunspots of the past decade. The sprawling active region is more than 200,000 km wide and contains dozens of dark cores. Its primary core, all by itself, is large enough to swallow Earth three times over. 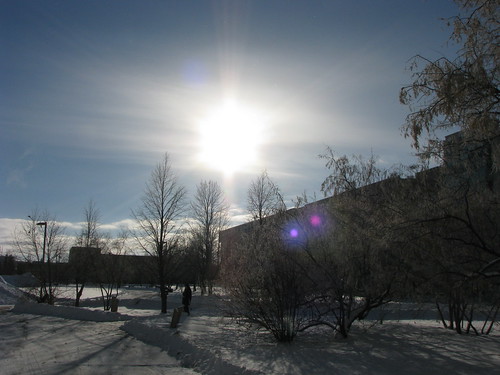 Watch for aurora over the next few nights, they could be the best ever seen.

A shoplifter stealing hair dye among other things was nabbed at the Extra Foods at Golden Mile. 2 cop cars. Ladies, dyeing your hair is a gateway to a life of crime.

I saw a huge sundog a couple days ago south of Moose Jaw. It had a secondary rainbow to the west of it, as far away from the right side sundog as the sundog was from the Sun.
The Sundogs extended to the horizon, as did the rainbow. They didn’t meet over the Sun though.

It’s extremely cold out right now. Someone moving out piled their old sectional in front of the dumpster, so it got moved to the side, into my parking space (fortunately vacant). I took off a few of the feet on the sectional, and in the thin wooden crevices were dead bugs. Ick. The furniture owners were called back to properly dispose of the pieces.

There’s presently no planned music festival in Wood Mountain for 2014, but I hope that changes.

One of the advantages to small-town Saskatchewan, is that it’s easier to escape light pollution than it is in a city like Regina. I was fortunate to be out of the city on June 29th in the very early morning, so have many fantastic aurora (Northern Lights) photos and animations to share. A south pointing solar wind storm was hitting the magnetosphere, so we got very pretty lights.

They appeared even to the south of me, at about 49 degrees latitude. Kansas saw them apparently.

– Here’s one from overhead, as a satellite streaks south.

– The Moon was looking more super than usual, as the sky was mostly clear. This is max zoom on my camera, 48X digital. 12X is actual magnification.

– These streaks of light were an experiment as I ran through the frame twice, holding my cell phone flashlight app turned to police lights mode.

– The church has become disused for religious services it hosted for Catholics and United, for more than three decades. The grain elevator behind the church needs saving, as it’s in the cross hairs for demolition if a group of interested people don’t step forward to give it a new direction. The Grain Elevator, a NFB film, was filmed in this particular elevator.