Last month I went with Jeri to Hawaii for a long-planned, pre-booked vacation. I wouldn’t have intentionally gone to Trump America, it just worked out that way. I had planned on spending a day at Pearl Harbor, but did in a different way. The historic sites would have cost over $100 each, and I’ve grown a little tired of the American US Park-style presentation of US history. So we skipped it (but not entirely).

I started the warm day by walking to the airport after taking the bus. That was an adventure. We stopped in Edmonton, then we had supper in Vancouver airport Canucks’ bar after US pre-clearance security. They now have you scan your own passport, as they take your photo, and ask you basic questions about your trip. Then a human looks at the paper later and asks you questions again, before waving you through to the USA while still in the airport.

We flew over what looked to be Victoria on Vancouver Island, then the sun went all the way down as it outran us, and the ocean below was completely dark. It was my first over-ocean flight. Eventually we reached the Hawaiian islands, and I snapped some photos of what I guess was Honolulu below, before we landed. The airport was not busy at that time of night, and the ad at the luggage claim said there was a shuttle available. I’d also read about it in a travel book on the plane. Their ticket selling person was not visible, so we and others had to wait at the shuttle for them to come along and process our payments, but eventually we got into Waikiki after a short drive. The security guard at our building gave us the key that had been set aside for us, and we were in our room in no time.

The waterway north of Waikiki beach was polluted. There was an unprotected bike lane, in the door-zone, down the busy one-way street beside it. 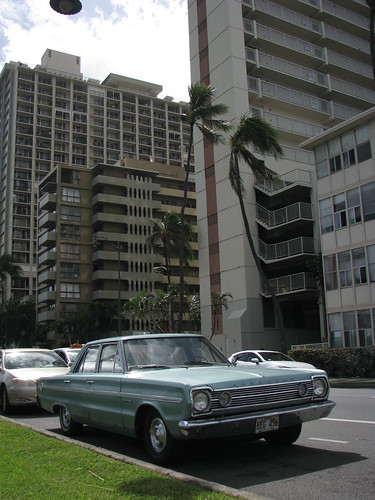 The walkway was attractive, and well used by joggers and cyclists. 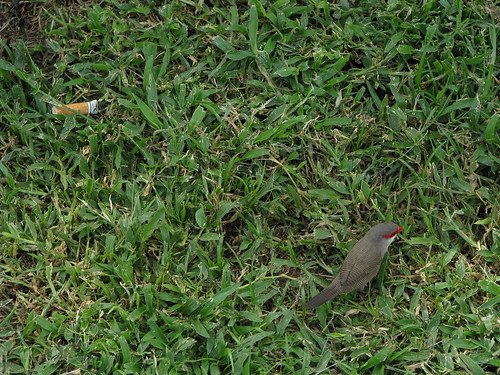 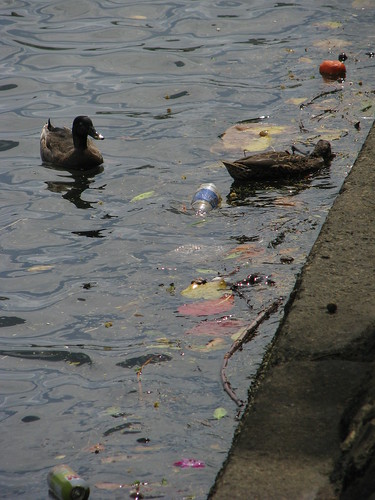 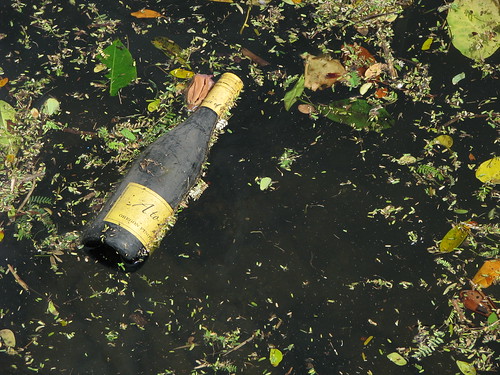 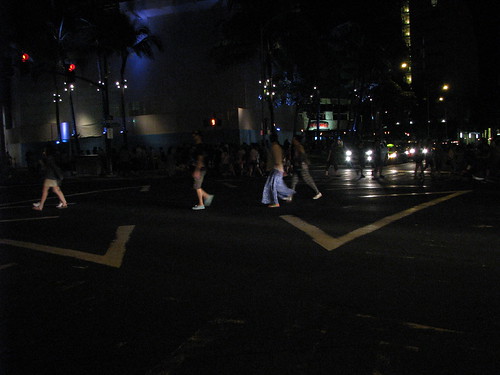 The view of the sunset from the first building we stayed in, wasn’t entirely spectacular, but was still special. 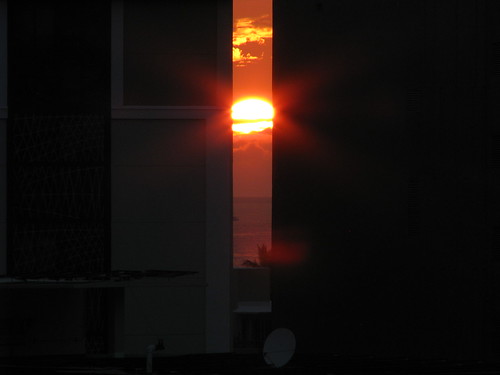 There was a man below in the street shouting at traffic for hours. We had a nap, and he was still/or back at it when we woke. The time difference was 6 hours, so jet lag was definitely a thing. 3pm felt almost like bedtime in energy levels. One the upside, we could get up at 7am with no problem at all.

One response to “Sights in Hawai’i”